About coupling of OpenFOAM + FEM-DEM

Could you please elaborate on the case you have in mind?

There are two cases.
For the first, there are two discrete triangle elements, and they are deformable, which means each of them is a finite element. In my opinion this fluid-structure interaction is similar to CFD-DEM. 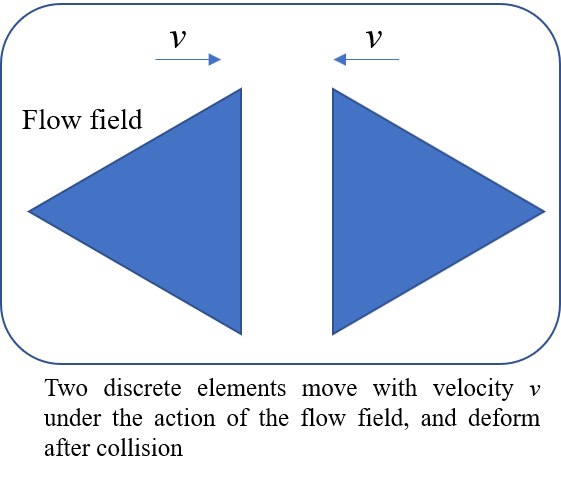 For the second case, two discrete elements are connected by a cohesive element, they may separate to produce cracks. 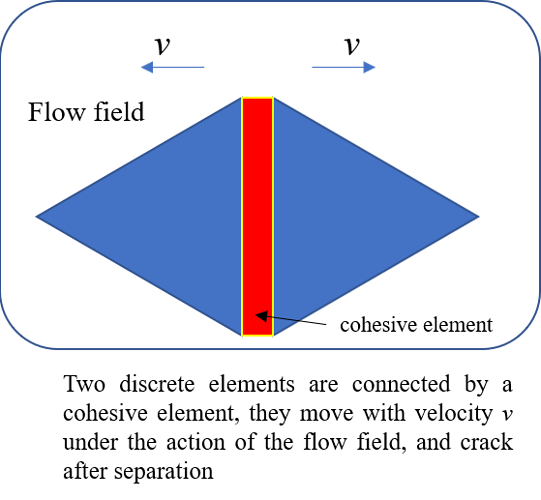 Such a volume coupling between a CFD and a DEM code should be possible, see the similar work from @Alphaoo1 for example:

But there are certainly a few tricks in the DEM solver to figure out.

Thank you! If I want to do this work, what should I do first by preCICE.

For the first, there are two discrete triangle elements, and they are deformable, which means each of them is a finite element. In my opinion this fluid-structure interaction is similar to CFD-DEM.

@Chambernan Considering this case, I think this can already be achieved.

The easy way is, your triangles see Fluid forces (Drag + Buoyancy) through the exchange of flow field values & fluid properties, and the fluid sees the triangles as drag, you need not modify the OF solver itself, just use fvOptions to model this drag.

As it seems that you are interested in the collision & deformation of the triangles, I believe this was should suffice.

But if you want to accurately resolve the flow field around the triangular element, you might have to think of Immersed Boundary method, which makes things complicated.

Edit:
I don’t clearly understand the 2nd case, as I don’t understand what kind of flow field will have such opposing velocities. But if such external fluid forces are applied, you should get the expected behavior.

Too many thanks! The 2nd case may be one of the triangles is fixed and another could deform and move.

This topic was automatically closed 3 days after the last reply. New replies are no longer allowed.